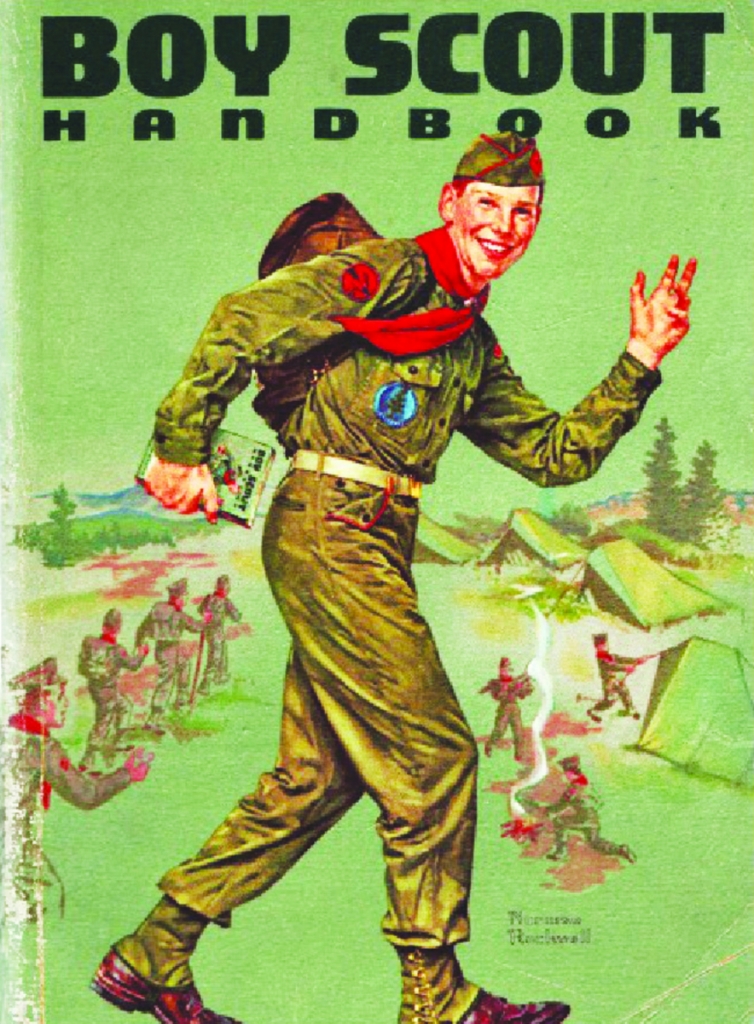 HUERFANO — Fifty years ago this summer, the Santa Fe Trail Council of the Boy Scouts of America purchased 200 acres at more than 8,000 feet elevation along Bear Creek in southern Huerfano County. The land had been part of the Fitzpatrick Ranch. The completed contract followed years of searching by the council to find a location suitable for outings for the scouts of Kansas.

The land adjoined the San Isabel National Forest and historic Vanotti ranch on the slopes of the East Spanish Peak. At the time of sale, the property included a cabin destined for use as the original headquarters and office, a garage, bunkhouse, outbuildings and corrals.

Spearheading the prolonged search was C.W. Maylender, then scout executive director for 18 counties in Kansas. For some 20 years previously, the scouts had been camping in national forests, public campgrounds and rented areas but the rapid growth of the program made it increasingly difficult to find facilities capable of accommodating their number.

Maylender heard from a Cuchara cabin owner about the availability of the Fitzpatrick ranch. Negotiations began, as did fundraising.

Back in Kansas, where the Santa Fe Trail Council was based, the fundraising goal was $75,000. Some of this was found from the scouts themselves, who bought $10 shares in the land, an endeavor which raised about $21,000. Another $40,000 was donated by others. In kind contributions included the use of heavy equipment, tools, and labor to construct the preliminary buildings. Upon completion of the project, the council believed it could ensure the boarding of some 125 scouts per week consecutively throughout the summer, for a total of approximately 1,000 total scouts per season.

The following February, the site was in the beginning stages of development, but confidence was high the new camp would be in use by summer.

The first step toward completion was the preparation of six campsites with latrines, stoves, flagpoles, tent platforms, and tents. Also on the schedule were a commissary and shower facilities. On tap for the near future were a water system, rifle and archery ranges, a chapel, gathering spot for campfire programs, and an Indian village.

The property included not only Bear Creek but also several lakes slated for use by Scouts learning canoe and boating skills. The council was already planning to add acreage for other uses. Under their scrutiny, adjoining meadowlands, forest, mountain slopes and valleys were considered for these additional acres. Eventually, the ranch grew to 385 acres, plus had a section of the San Isabel National Forest as its backyard.

The camp did not open for a regular season that summer after all. Instead, volunteers and a few paid staff, including about 50 who made the five-hour drive from western Kansas to participate, worked on preparation of the site. Near one lake, eight campsites were prepared to handle 40 scouts apiece. There tents would be pitched, though plans were to move these to fresh sites each year. A roofless central shower house was built. A steel building to house the commissary was well underway across a meadow from the tent area. The rifle and archery ranges were done. Before the summer of 1967 arrived, the Indian village with “authentic canvas” tents would be waiting for occupants.

The first campers were members of a troop from Liberal, Kansas, followed by 40 Garden City scouts and their leaders. A Methodist Church from Kansas sent the next delegation to inaugurate the facilities.

Maylender had been named first director of what came to be called Spanish Peaks Scout Ranch, and with two other scout officials, had been on site for some six weeks preparing for those first campers. Dedication of the premises was June 17 and 18, 1967, when visiting and local dignitaries gave speeches of congratulations for the fine facilities, as well as the integrity of the entire Boy Scout program.

The ceremonies also included a “chuck wagon feed”, campfire program, and services in the new chapel. Or rather, around the new chapel – the simple stone altar was surmounted by an A-frame structure with a sloped roof too small to accommodate worshippers. That August, closing ceremonies centered around that same chapel.

That first summer, some 1,100 scouts enjoyed the facilities, along with 200 leaders.

By the time of its 25th anniversary in 1992, the camp had expanded not only in size and building projects, but in scope of use. Scouts from Colorado were welcomed. Special events there had been observed by senior citizens, handicapped children, scouts’ families, and other groups. About 2,000 people were taking advantage of the camp’s hospitality each summer. The chapel was used for three or four services each week, with different denominations utilizing its unique altar. Local experts from the National Forest Service and Colorado Division of Wildlife presented often. DOW Officer Lonnie Brown once caught a bear in front of 300 visiting scouts in 1991. Regular programs to benefit the scouts included fishing, shooting, conservation and nature studies, and ecology, each of which would earn the scout a badge. Scouts could earn a special badge if they summited the East Spanish Peak. While the curriculum was constantly updated and adapted to changing times, the scouts continued the use of tents throughout those 25 years.

In 2012 a new amphitheater, consisting of an outdoor stage and bench seating, was completed and dedicated to the memory of former scout Ray Black. Upon his death, his mother donated $30,000 for its construction. It was officially opened and dedicated on July 15, and was used all summer to entertain campers.

It burned less than a year later.

The culprit in its destruction was the East Peak Fire that began Wednesday, June 19, 2013. Many of the buildings and other improvements on the ranch property were destroyed as well.

The fire raged for several weeks until it was pronounced contained on Tuesday, July 9. The scouts feared the worst for their camp, but the infrastructure was relatively unscathed. By the time the smoke cleared, only six of the eleven campsites had burned, as did the medical lodge and part of the male staff living area. The shower building, kitchen and commissary, administration headquarters, trading post, female staff cabins, the rest of the male staff area, and the chapel remained. Interestingly enough, the benches outside the A-frame chapel did burn, but the chapel itself, less than ten feet from the benches, escaped completely.

While some of the buildings in camp made it through the fire, the rest of the property wasn’t so lucky. Hundreds of acres of forest had disappeared, along with the scouts’ trails and favorite scenic attractions. The council canceled the 2013 season but announced it would reopen the camp for its regular season in 2014. However, the loss of the trees and undergrowth rendered the land incapable of proper drainage, leading to severe flooding in camp during the off season. One of the female staff cabins that survived the fire washed away, and the creek that meandered through camp carved out a ten foot deep canyon. But it wasn’t over… at around 3 am on Tuesday, July 8, 2014, the creek flooded again. The water threatened staff in residence, but just 125 scouts had arrived and were luckily camped away from the tempestuous Bear Creek. The second female staff cabin (the original one included in the purchase of the Vanotti ranch), located three feet from the creek bed, was inundated in a swell of rushing water, leading the staffers to climb the antique chimney onto the roof to wait until the water receded enough to cross the road and move uphill. The flood also took a great deal of soil and newly sprouted vegetation. Several bridges lost their underpinnings, while the tent platforms on which the scouts were camped were flooded.

After the water level went down enough for emergency vehicles to make it up the road, occupants were retrieved by school buses and taken to Walsenburg to dry out. They returned the next day to finish out camp.

One week later, on the following Wednesday, another flood swept through the camp. While less powerful than the one from the week before, this one came on a day when some of the scouts were outside the main campsite areas learning wilderness skills. Some of them were sleeping on a burned slope just above the rushing water, and several scouts were washed out of their tents into the creek. Joint efforts between staff and some of the scouts themselves got everyone out of the water and to safety, where they stayed until school buses were once again able to come up the hill and retrieve everyone. The season was almost over, with the plan being to close camp up on Saturday, but the decision was made to end a few days early. The campers and staffers went home to wait for the next year.

Summer sessions resumed in 2015, and went off without further natural disasters. Camp recently began for the 2016 season, and scouts continue to arrive from across Colorado, Kansas, and Texas, all of them coming home to camp at SPSR.