One of the greatest group projects ever: eradication is a joint effort

by Nancy Christofferson
HUERFANO —  It was almost exactly 75 years ago when one of the most frightening epidemics was rampant and lives were being turned willy-nilly for so many Huerfano families.

It was the dreaded poliomyelitis, commonly called polio. This was an acute viral infection that caused fever, motor paralysis, and in severe cases, atrophy of muscles leading to disablitiies and deformity, even death. It was orginally called infantil paralysis because was most common in the very young.

The most famous sufferer of this disease was Franklin Delano Roosevelt, who caught it in his adult years and remained a cripple the rest of his life. With his high visibility as president of the United States from 1932 until his death in 1945, audiences watched him struggle bravely, often with the aid of an escort, as he painfully walked short distances. Some people may never have heard of infantile paralysis before FDR gained fame.

Archaeologists conjecture polio may have been present even in ancient Egypt, judging from paintings depicting people with withered or twisted limbs. It was definitely recognized as an infectious disease in 1840. America’s first epidemic was in Louisiana in 1841, then in Boston in 1893. President Roosevelt suffered his paralysis in 1921.

Polio arrived suddenly and tragically in September 1937 with the death of Wiliam Hulsey, 16, of Gordon camp. Hulsey, the son of Lee and Laura Hulsey who had been farming in Huerfano County since the 1890s, had served as president of the Huerfano County High School sophomore class in the 1936-37 term. The same issue, perhaps trying to avoid any panic, carried the reminder that 33 Works Progress Administration nurses were watching over the Huerfano youth. With a serious drought ongoing, hordes of grasshoppers destroying crops and even devouring laundry on clotheslines, sudden cloudbursts collapsing bridges and closing Highway 85 and many county roads, Huerfanos already had enough to worry about. Within a month, however, many cases of smallpox and typhoid added even more health concerns.

By 1937, annual dinners and balls had been held in late January in honor of Roosevelt’s birthday on January 30. These events began locally in 1934, and the proceeds went to “fight infantile parslysis”. The 1934 Walsenburg dances drew 1,600 particpants, while others were held in La Veta, Gardner, with two each, Rouse, Cucharas east of Walsenburg, and North Veta.

These were not your weekly neighborhood dances with a pick-up local band. These were practically galas, dress-up events featuring full orchestras such as the Jess Sawaya, Gordon Bates or Virgil Maes, musicians imported from Raton, Trinidad or Pueblo.

The 1935 dance honored Roosevelt’s 53rd birthday, and thousands turned out. Proceeds in Walsenburg were $300, and in La Veta, $70.

The Tabernacle Society of St. Mary Church in Walsenburg organized and served the first dinner in 1938. Tickets were $1 and the dance was held afterward. Later that year, the National Foundation for Infantile Paralysis was founded, which evolved into the March of Dimes. The year saw two cases. In 1941, it was the Mile of Dimes and one W.W. Wyatt donated two feet of dimes, totaling $3.40. 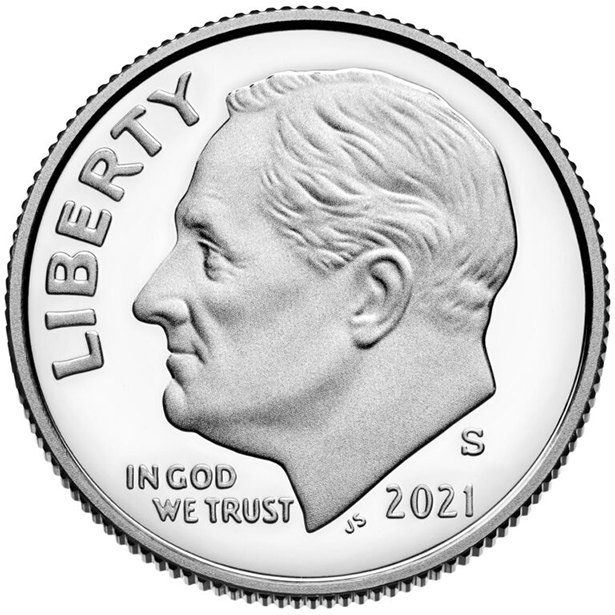 In 1939 a slogan of “Help Fight Infantile Paralysis!” was used to promote the dinner and dance in Walsenburg.  In La Veta, $60 was raised.  It is said Roosevbelt himself dubbed the fundraiser the March of Dimes in 1938. It was also said that actor and dancer Eddie Cantor suggested the name. At the time, one thin dime would pay for a bottle of milk.  The funds were used to care for victims of the disease, as well as research into its cause and cure.

The last big President’s Birthday Ball was in January 1941.  By January 1942, citizens had a more immediate cause, the Red Cross and the war around them, one month old.

Huerfanos were again reminded of the disease in 1943.  Careful attention had been given students, especially in rural areas, by traveling nurses. In early October 1943, they found no infections. In mid-October, two victims were taken to Pueblo hospital for treatment. In December, two more were reported, in Walsenburg.

The March of Dimes survived. In 1944 the annual dance, the one held in St. Mary Auditorium, advertised as “Dance, so others may walk.”  There was also an organization called the Crippled Childrens’ Fund. Their drive in La Veta caused students to donate $32.40 in 1945, at the time most spare cash went to the Red Cross.

Then came 1946.  It seemed the year was perfectly normal.  There was an “unseasonable” snowstorm in mid- May, graduation parties were held, the Spanish Peaks Fiesta during July went off, but the Walsenburg-Independent issued a notice on July 10 informing the public both the West First Street playground and Martin Lake had been closed “to prevent the possible spread of infantile paralysis”.  A week later the Huerfano County Health Center, “the only two-county health unit in Colorado”, opened in the basement of the county courthouse with a fulltime nurse.

The first case of poliomyelitis revealed was that of George Aibner Jr., 14, on July 22.  Doctor W.S. Chapman, venerable physician, warned that small children should avoid outdoor toilets. On August 15, we read “No action has been taken with regard to postponing” the opening of schools “because of the current polio epidemic”. On August 19 came the death notice of James Elder Gilbert, 37, en route to Denver for treatment for the disease. He was said to be the first fatality in Huerfano County.

His age was a surprise.  The time of year was not. Polio was most likely to appear in the warmer months, but usually to younger victims.

That date also brought the announcement that the county high school would NOT open until September 16.
In the issue of August 21, “Colorado Emergency Polio Committee recommends banning all childlren under 18 from any public gatherings until after the polio epidemic subsides.”  Also, “Despite the polio epidemic” organizers decided to have the 4-H and county fair anyway.  On the 22nd, the official ban was revealed.  It prohibited ALL public gatherings for those under 18 years, including theaters.  On the 23rd, two more cases were reported, bringing the total to four. The fifth appeared August 26 and the sixth August 28.

While the fair did go on, exhibits were fewer. The Gardner Chuckwagon was postponed, then cancelled.
School indeed did not open Tuesday, September 3, on schedule, nor even on September 16. Children and teens not only had to skip movies but Sunday School as well.  On the 12th, another case was listed.
Good news came September 20 – “The ban on gatherings of youngsters 18 years and younger will be lifted Sunday”. Classes started Monday, September 23.

In 1949 there was another widespread epidemic nation wide.  In Huerfano County, the March of Dimes reported seven cases in August, and it was caring for them. Emma Cornalis, a nurse who’d been working in the polio  ward at St. Mary Corwin hospital, caught it.

In 1950 the first actual March of Dimes campaign took place in Arizona. This was a door-to-door drive for donations, with the slogan “Turn on your porch light tonight”. It was spearheaded by “civilians” – parents of victims.

Statistics showed that in 1950, two-thirds of victims were between the ages of five and nine.  By 1952, 3,145 people had died in the United States from polio, and 21,269 had been left with paralysis.
In 1952, another ban on gatherings canceled social life for the young.

Jonas Salk, as we know, finally discovered a vaccine effective for all.  Beginning in 1955, mass vaccinations began.  That year, Colorado counted 223 polio deaths. In September 1956 we see a concentrated effort in vaccination clinics around the county as hundreds of students got their shots. According to experts the vaccine brought a 99 percent drop in cases.

“Stop Polio Sunday” was declared for June 17, 1962.  It was the introduction of the famous “sugar cube” cure.  Some 2,300 took the oral vaccine that day, and many more later.  In 1964, though, there were still oral vacccine clinics for school students.

The Global Polio Eradication Iniative has been working since 1988 to vaccinate people around the world against polio in an attempt to wipe the disease out.  Since 1979, there has been no case of polio reported to have orginated in the United States, though a few were imported.

Polio has been almost completely eradicated world-wide, with only two cases emerging so far in 2021, one each in Pakistan and Afghanistan.