Wins over 20 awards at the annual Colorado Press Association convention, including General Excellence for the second year in a row

World Journal Staff Report
OUR WORLD — For the second consecutive year, the World Journal has been named the best newspaper in its class by the Colorado Press Association.

But this year’s honor was distinctly different — and, we might add, a bit sweeter.
In previous years the press association grouped its member newspapers into classes based on circulation, meaning the World Journal competed against similarly sized rural newspapers throughout the state.
This year, classes were based on the total number of local stories published per month — and the WJ publishes a boatload of local stories from across its expansive coverage area, which includes Huerfano and Las Animas counties in Colorado and Colfax County, New Mexico.

As a result, the World Journal (circulation about 3,200) found itself punching up a few weight classes.
It competed this year against some of the largest weekly newspapers in the state — the likes of Denver’s Westword (which boasts an 80,000-copy print circulation and some 2.5 million monthly digital page views), Colorado Politics, and The Villager, which covers Greenwood Village and several other affluent south-Denver suburbs.

The World Journal was named the best as a result of the monumental efforts of its staff. Seven staff members garnered 20 individual honors, running the gamut from advertising and special-section design to writing and photojournalism.

“This paper has always done very well in garnering awards,” said co-publisher and art director Brian Orr. “This year was truly outstanding.  Coming out of the COVID doldrums, where news had become a depressing recitation of who got sick, and where to get your boosters; it is great to see all the other highlights of the year get the spotlight.”

“This really is a testament to how hard the entire staff worked,” added Gretchen Sporleder-Orr, co-publisher and editor of the paper. “None of this would have been possible without everyone pulling forward and supporting each other.  This is a team victory.”

Of special note were the World Journal photographers, who won nine of the 10 possible photo awards.
Leading the way was photographer Geri Ugolini-Craddock, a perennial CPA award winner, who won six awards. They were as follows: 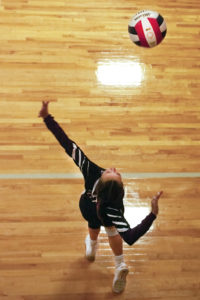 Gretchen Sporleder-Orr, Debi Sporleder and Eric Mullens were named as co-winners in the design awards.
The Colorado Press Association Better News Media Contest is an annual event which allows news outlets, both print and online, the chance to compare their best work with other publications throughout the state, in the spirit of peer recognition and a bit of good-natured competition.

“We won something in just about every category there was,” Brian summarized.  “It shows what a well-rounded, solid publication this really is.  I am proud, but not surprised, that we won the General Excellence award for our category.”

This year’s competition was judged by the  Michigan Press Association.