by Chris Egland,
VP – The First National Bank in Trinidad 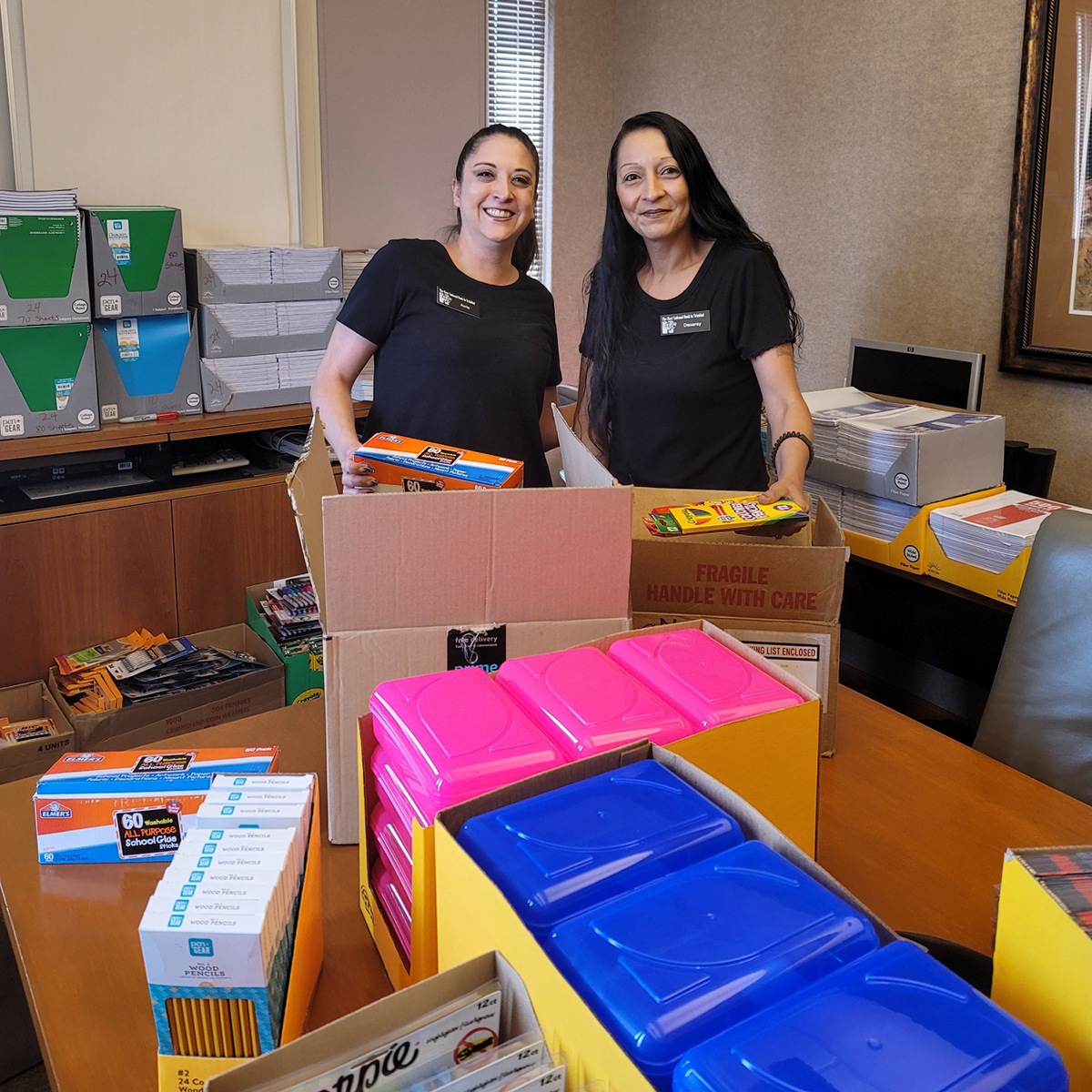 OUR WORLD —  The school supply drive recently held by The First National Bank in Trinidad and its branch locations was, once again, an overwhelming success!

The twenty-first annual donation drive brought in a total of over $9,737 in cash donations, and $2,450 was matched by First National.  The $12,187 was used to purchase supplies to be distributed to twenty schools in Las Animas, Huerfano and Colfax Counties.

The school list included Holy Trinity Academy, Grace Christian, Hoehne, Primero, Kim, Branson, Aguilar, Fisher’s Peak Elementary, G.O.A.L. Academy in Trinidad, Trinidad Middle School and Trinidad High School, Peakview School, Walsenburg John Mall High School, G.O.A.L. Academy in Walsenburg, LaVeta Elementary and High School, Gardner, Longfellow Elementary, Raton Intermediate School and Raton High School.  Each school received a percentage of the donations in their corresponding counties based upon enrollment numbers; the schools will then distribute them to the students who have a need.
This year, the Loan Production Office in Raton combined forces with Zia Youth in their school supply drive to maximize funds to get the children of Raton the supplies they need to have a successful year.  Supplies will be distributed on August 14th at Round House Park from 11:00 a.m. to 4:00 p.m.
“We received many positive comments and notes of appreciation for the supplies that were donated last year,” says Bank Vice President, Chris Egland.  “It’s a project we do to help the schools and children in the area, and it’s been very successful.  The generosity shown by area businesses, organizations, and individuals has made this project a rewarding one for all involved.”