by Bill Knowles
TRINIDAD — Two separate traffic stops resulted the arrests of three people and nearly an ounce of narcotics, including fentanyl, methamphetamine, and heroin, being found. 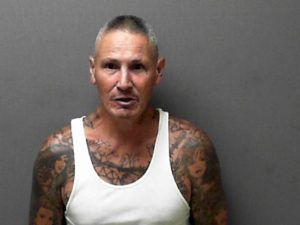 Anthony James Romero, 51, of Trinidad, was arrested during a traffic stop following Romero’s failure to make a turn without using the turn signal around 6:25 p.m. on Thursday, Oct. 13, in the 1500 block of Arizona Avenue. Romero was the only occupant of the vehicle at the time.

According to the affidavit in support of warrantless arrest, officer Hugo Snyder observed a woman, later identified as Chantel Hurtado, run out of her residence and to the blue 2006 Pontiac G6.  As he continued to observe the female and the vehicle, Hurtado ran back to her residence from the vehicle.  When the driver of the vehicle turned onto Nevada and made a continuous turn onto Arizona Avenue without using a turn signal, officer Snyder initiated the traffic stop.

With nothing being found in the automobile, a search of the driver was conducted, resulting in the discovery of a cigarette box containing an assortment of round colored pills marked “M” and “30”. The pills were suspected to be the current trend in “Skittles” fentanyl.

A further search of Romero produced a small candy container containing a crystal-like substance, which field tested positive for methamphetamine.

Romero was handcuffed and transported to the Las Animas County Detention Center where he was booked on a Drug Felony First Class “Special Offender”. He was also booked on two counts of Possession of a controlled substance a Drug Felony fourth class, and a traffic violation of failure to use a turn signal. 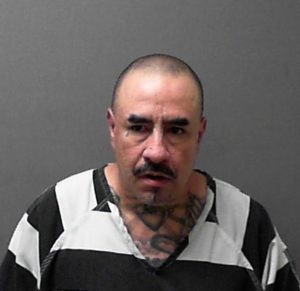 Officer Snyder said he had to stop his vehicle, which was traveling westbound on East Main Street, because the Cadillac failed to stop at the red light.  In the affidavit in support of warrantless arrest, officer Snyder wrote that he allowed the Cadillac to proceed while pulling in behind it and initiating a traffic stop.

There were two people in the vehicle. Jesse Ortiz, 48, of Trinidad was driving, and Nadia Borrego was sitting in the front seat passenger side. Ortiz was unable to produce a driver’s license, as privileges had been revoked.

After both Ortiz and Borrego exited the car, K-9 Jefe was brought in to perform a free air sniff of the exterior of the automobile.  K-9 Jefe alerted to the presence of target odors. 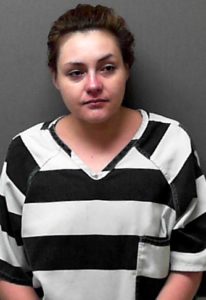 Also discovered were a “Pringles” chip can with a false bottom where narcotics were stored. Money was also found, with $1,980.00 in currency and an additional $588 was found in Ortiz’s wallet.
Borrego was also found to be in possession of narcotics.

Ortiz was booked into the Las Animas County jail on charges of possession with intent to distribute a Drug Felony first class. Two counts of Possession of a controlled substance, both a Drug Felony fourth class and various misdemeanors.