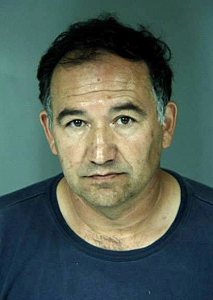 WALSENBURG — It all began on a clear, cold January 2014 morning when a neighbor saw a man fall to the sidewalk in front of his West Third Street home. Slightly over two years later it ended, last week, on an unseasonably warm, windy March Thursday afternoon when Ralph Candelario was found guilty of the first degree murder of his wife, Pam Candelario by a Las Animas County jury.

There was some confusion at first, the initial 911 call, made around 7 am on January 16, 2014 reported that two people may had been shot. That wouldn’t prove to be the case, Ralph Candelario had some visible injuries, a black eye, and a bump on the back of his head. He would be taken first to Spanish Peaks Regional Health Center, then, due to suffering a head wound, he would flown on a helicopter ambulance to Parkview Medical Center in Pueblo. He would be treated for his superficial wounds and released early that same afternoon.

It was much different for his wife, Pamela. She was discovered lifeless on her own kitchen floor, brutally bludgeoned with two fatal head wounds. Her blood spilled from her head, pooling on the floor and running down the cracks between the tiles, her blood would also be found spattered on kitchen furniture. Those spatters would prove she was struck twice, with a fireplace poker, once when she was 30 inches off the floor, and a second time when she was only eight inches off the floor.

Ralph Candelario would spend the remainder of that day in the Colorado Bureau of Investigation’s Office in Pueblo. He would be questioned by state and local investigators who were trying to piece together what had happened in that three story brick home at the corner of West Third and Hendren. He would tell state agents and then-Walsenburg Police Lieutenant Kurt Liebchen that two intruders broke into the home, hit him as he came down the stairs to stoke the fire, and then apparently killed his wife.

For nearly the next 10 months, law enforcement would investigate the murder. And Ralph, saying he wasn’t up to answering individual questions from the Walsenburg curious, would publish his 3,345-word account of what happened at the brick house on Third Street in the then-Huerfano World Journal on January 30th and February 6, 2014.

That unique statement would garner national media interest in the murder, and it would lock-in as a statement law enforcement would scrutinize and later, prosecutors would tear to pieces when compared to other things Ralph would say.

Throughout the remainder of winter into spring and summer, law enforcement would stay in contact with Ralph. Candelario brought to the police department drawings of what he thought the mystery suspects looked like, he cooperated with law enforcement, accompanying them on a walk-through of his home on Jan. 17, 2014 and, when a new element to his story was added, allow investigators back into the home to search for evidence he was assaulted in a small half-bath located off of the kitchen.

Lt. Liebchen would visit him many times at Ralph’s business, Time Traveler Antiques. Nearly every one of those discussions would be video recorded from Liebchen’s body camera. Those video recordings would be played for the jurors during the trial, both by the prosecution and the defense.

In October 2014, state and local investigators had enough evidence, direct and circumstantial, to swear out a warrant for Ralph’s arrest on charges of first degree murder and tampering with evidence. Ralph would be arrested without incident on a Humboldt County California highway. Extradition back to Colorado to face murder charges would follow.

On Thursday, March 10 2016, a seven man, five woman jury in Trinidad announced they had reached a guilty verdict against him on both charges. The jury would deliberate nearly two days following the two-week trial before they reached their verdict.

Court observers said the defendant showed no emotion when the verdict was read into the official record of the case.

This week, on Wednesday, March 16, Candelario was sentenced by Chief Third Judicial District Judge Claude Appel to life without parole on the first degree murder charge and on the tampering with evidence charge, a class six felony.

Shannon and Kelsie Palmer, Pamela Candelario’s two daughters, who attended each day of the two week long trial, were overcome with emotion at the reading of the verdict. Special prosecutors Matthew Durkin and Ryan Brackley came to their side of the court gallery of offer comfort to the two young women and other family members who had attended the trial and endured the presentation of gruesome testimony and forensic photographs.

“We’re honored to have represented the people of Huerfano County in this case and to have had the opportunity to engage with the citizens of Trinidad,” said Brackley. He praised the hard work and attention of the jurors as well as the efforts and professionalism of Candelario’s attorneys, Dariel Weaver and Matthew Ragland of the Colorado Public Defenders’ Office in Trinidad. “We are happy with the outcome,” said Durkin, “ especially for the victim and her daughters.”