Q & A with Todd Oberheu Longtime SPRHC president moving on 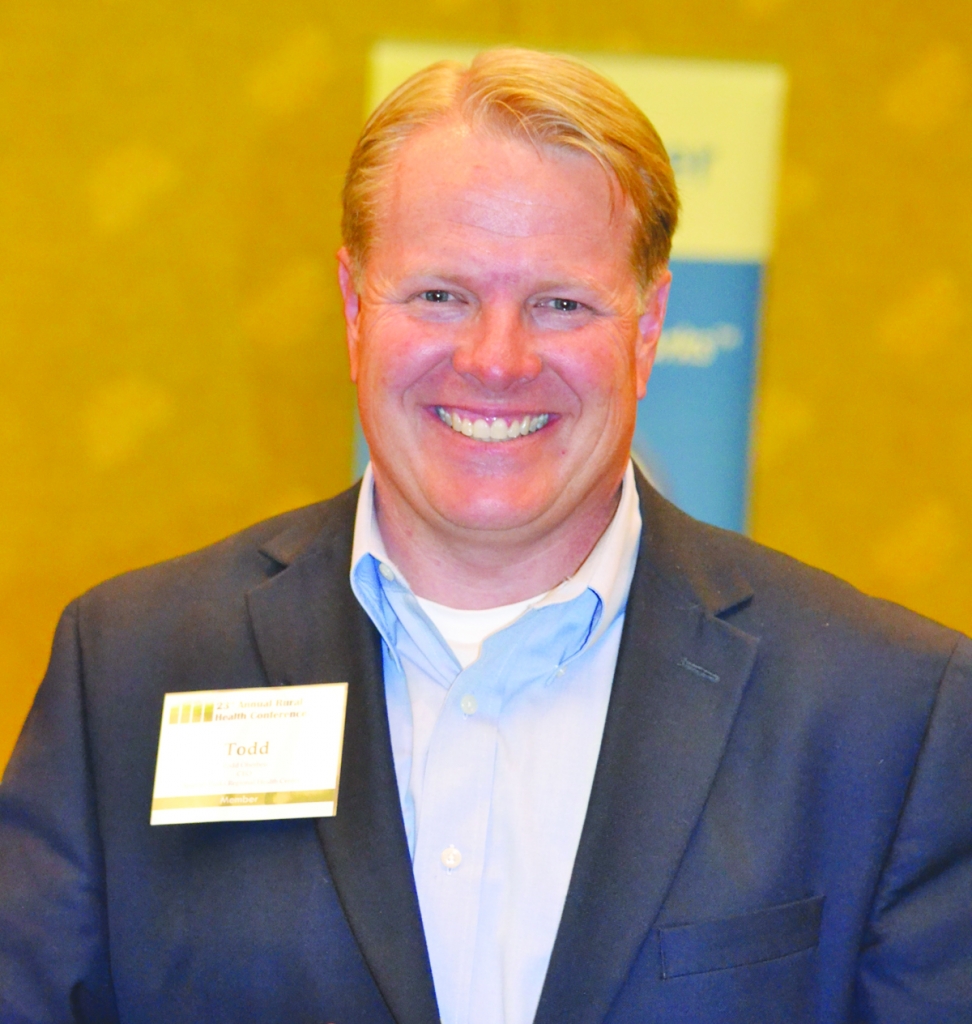 WALSENBURG — After many years at the helm of Spanish Peaks Regional Health Center which included working closely with the top management of the Spanish Peaks Veterans Community Living Center, Todd Oberheu, FACHE (Fellow of the American College of Healthcare Executives) President and CEO announced in late May he would be leaving the institutions in early July.

The World Journal took this opportunity to have a brief question and answer session with Oberheu to gain his unique perspective into the Spanish Peaks’ region’s health care future.

• (1) With the years you have spent with Spanish Peaks Regional Health Center, what do you see as major accomplishments during your years here; and priority needs that face the institution in the future?

Oberheu: “A few things: It is my hope that we improved the community’s perception of the overall organization. I believe that we accomplished this, as has been seen by our patient satisfaction numbers over the last year. Second, the discord between the staff of the hospital and nursing home has improved. The improvement between the two entities has allowed us to become more supportive of each other, but also improve the service that is proved to our residents and to the public as a whole. Beyond those things, building a new emergency room, increasing the primary care access and resolving some issues that we faced regarding our payments through the Provider Fee where I believe we were not receiving the amount we were due”.

• (2) What do you think of the financial future of rural hospitals in Colorado? Is collaboration of facilities the answer?

Oberheu: “Rural health care is at a disadvantage as we move forward. The reason I say that is most of the decisions made at the federal level are heavily influenced by urban areas. It is difficult for them to understand the need to have a hospital in Huerfano County when you serve a population of less than 8,000. However, when they choose to visit our beautiful area, and experience a situation that calls for urgent care or even routine care, they expect the same level of service that is given in an urban setting. I believe that we do that. I also believe that just because we choose to live in a rural area, we still have the right to receive the same level of quality healthcare. However, we are only able to provide that service by protecting the hospital as a whole. The unique thing about SPRHC is it that it takes the entire organization to be able sustain its operations. If one area fails, it will significantly impact all the other areas.

Vulnerable areas, like Huerfano County, need to be proactive in lobbying to protect its services. In the past, a community like ours could expect that a doctor would move to town and open a practice. That is not the case anymore. The financial situation around primary care physicians is not a model that will encourage this. Frankly, an independent physician just cannot make a living and deal with the pressure of the insurance companies or the government. Physician services can only be offered because the hospital uses its income to support those services and bring them to the community. Rural hospitals in communities like Huerfano County operate on the slimmest of margins. Protecting what little we have is key to providing the healthcare the community needs.

In addition, no significant business interest wants to move to a community without healthcare. The hospital, beyond its own payroll, can be a key participant in bringing jobs to Huerfano County”.

• (3) Explain what the immediate future priority topics for SPRHC are in your opinion. What is the current status of the assisted living center; explain what plans, if any, Spanish Peaks has in acquiring the buildings/campus of the former Lathrop Boys Detention facility.

Oberheu: “I am hopeful that within the next 12 months the hospital will be able to offer some long term care beds that do not require the VA benefits that the Spanish Veterans Community Living Center requires. We have many elderly residents that are forced to leave our county because there is not an option for them here.

If the hospital is able to acquire the Lathrop Boys Camp, I believe it would be a good move to expand our clinic services to some of the buildings there. Currently, we are strapped for space to add new physicians and practitioners, but we see a need to increase this. In addition, looking to create an urgent care center would be a terrific addition. The expansion of our campus could afford us the ability to create an urgent care center”.

• (4) What led you to make the decision to change jobs?

Oberheu: “It was a very difficult decision to take another job. SPRHC and Huerfano County have been very good to us. However, we are moving to my wife’s hometown. Her mother and sister still live there, as do many of her friends. The new facility has a larger hospital operation. In addition, if all goes well, we will be building a new hospital for the community within the next year”.

• (5) You have had great involvement with a number of boards and community groups during your years in the Spanish Peaks region. Any comments on some of those programs, Community Foundation, La Veta Education Foundation, etc? What did you think about your involvement in those groups when you made the decision to relocate?

Oberheu: “I am hopeful that I was a small part in getting a few great organization going to improve Huerfano County. Helping start the Spanish Peaks Community Foundation to assist with job creation and improving the overall community was a big step to make somethings happen. Although we are still struggling with the assisted living program, I do believe we set up a pathway to make that happen with the right partner. In addition, a key focus of mine was to help the youth of our community. Bringing LiveWell to Huerfano County has allowed us to touch many aspects of the community. Also, helping get the La Veta Booster Club and School Foundation formed to assist that school district with the financial struggles that schools in Colorado face is a point of pride. I believe as a society we have an obligation to ensure that our youth receive a great education. I am hopeful that those will continue to be successful.

Finally, let me say thank you to the community for welcoming my family and me and giving me the opportunity here. I know that after we leave, many of the friendships will be lasting ones that will stay with us as we move on to our next adventure”