by David Tesitor
OUR WORLD — It began January 28 and continued through this week as the John Mall wrestling program began in earnest, bringing their two week record to 5-2.  The two losses they encountered were not because they lost individual matches, but to schools who had more wrestlers on the mat.
Against Rocky Ford, the Panthers lost 51-27, giving up 36 points to forfeit because of unopposed weights.  They also lost to Classical Academy 48-30, losing 30 points by forfeit.  In both losses, against head-to head competitors, the Panthers out wrestled their opponents.  They secured wins against Las Animas, 48-0; Fowler 47-24; Crowley County 33-30; Palmer Ridge 38-18, and Castle View 38-24.
Along the way, four Panthers remain undefeated.  They include Miguel Sanchez (113 pounds) with three pins, two decisions and two wins by forfeit. Dale VanMatre (132) has four wins by pinfall, two by decisions and one by technical fall.  Travis Vialpando also (138) has four pins, one decision and two by forfeit. Anthony Aldretti (145) has five pins, one decision and one technical fall. 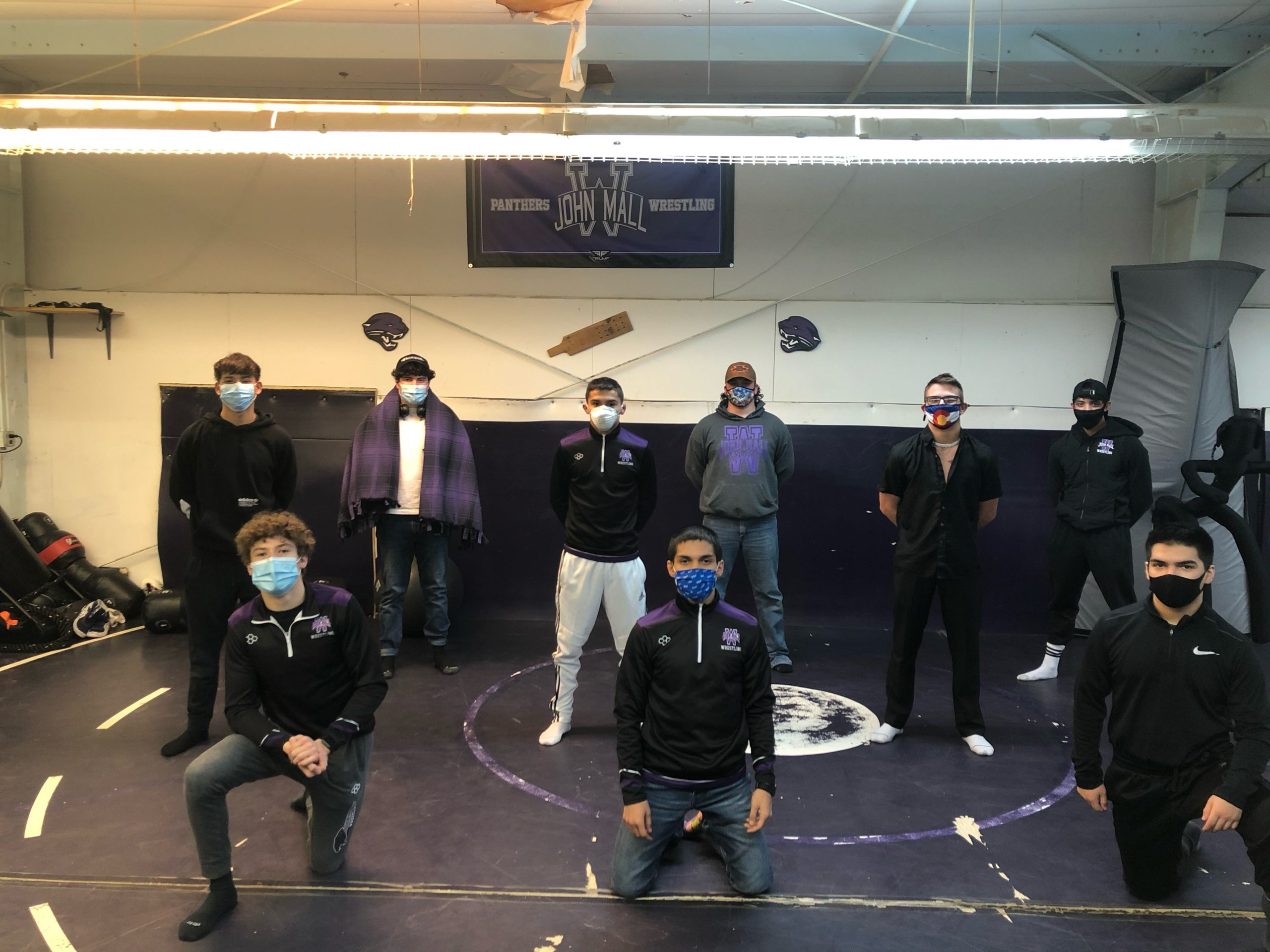 The Santa Fe League duals kicked off the John Mall Panther varsity wrestling season on Tuesday, Jan. 26 and Thursday, Jan. 28.  Against Las Animas, the Panthers pinned every opponent and swept the Trojans in decisive style.  Sanchez won by forfeit; At 120 pounds, freshman Eddie Bowman beat Jordon Anaya by pin in 2:30; VanMatre over Kolby Wolf by pin in 2:23; Altretti over AJ Carter (1:23); Vialpando over Rome Martinez (1:36); Bernard Espinoza (152) over James Zook (4:52); Wyatt Vigil (195) over Gabe Tapia (.57) and Tyler Martin (220) by forfeit.

Fowler’s only points came off forfeits as the Panthers did not fill weights.  John Mall saw wins by Bernard Espinoza, Sanchez, Martin, Bowman and Vigil by forfeit.  In wrestling action, VanMatre won by pin over Cutler Hampton (3:28); Vialpando over Boyd Rodgers (1:53); Aldretti over Justin by Technical Fall 16-0.  In an exhibition bout Espinoza also wrestled Ashton Cash, winning th money by pin in 1:13.

In the last of the Santa Fe duals, the Panthers squeaked past Crowley County, with the match victory coming on the last match of the day.  While five matches were won by Crowley by forfeit, it came down to the 220 pound matchup. John Mall’s Martin won an 11-3 decision over Sam Parker for three points. The highlight of the day was when Vialpando won against number four ranked Zach Brewer in a 7-5 decision.

When the Cats faced the Colorado Springs based Classical Academy, the Titans’ only three wins were pins over Espinoza, Vigil and Martin.  Their remaining 30 points were by forfeit.  Winning for John Mall were Sanchez, Bowman, VanMatre, Aldretti, and Vialpando, all by pinfall.

The match against Castle View High School of Castle Rock was all Panthers as the Castle View Sabercats scored 18 points off forfeits. VanMatre won a 18-0 technical fall in his match against Zach Waggoneer.
The results of the matches on Tuesday were not available by press time.

Before the season began, JMHS coach Josh Vialpando said, “We’re excited and grateful for the opportunity to compete! We have a great group of athletes and we steadily progress from day to day. Everyone has a great attitude, we’re working hard, and having a blast. We’re focused, training hard, and doing our best to maintain our health and a safe environment to continue moving forward.”