For payment and billing questions:

No action on Huerfano prison issue this week

WALSENBURG — A question of inmate population, and state estimates of growing numbers of inmates, held up any final decision on the reopening of the Huerfano County Correctional Center by the Colorado General Assembly’ Joint Budget Committee this week. 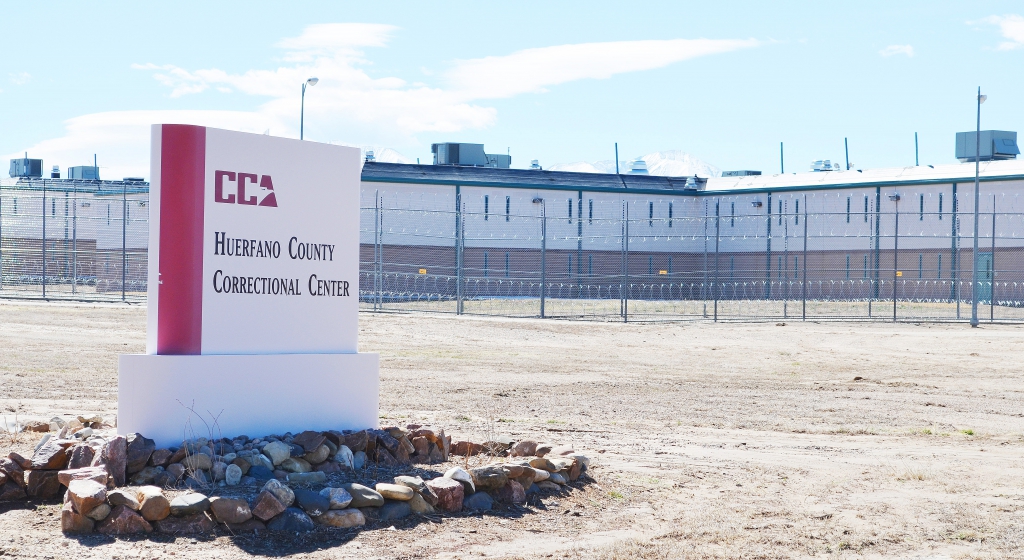 The Joint Judiciary Committee met with the Joint Budget Committee on Tuesday and Wednesday, however no information from the Wednesday meeting was available at press deadline.

On Tuesday, Jan. 30, the two committees met and held a long session addressing the Colorado Department of Correction’s estimate there will be an additional 1,100 inmates or detainees that will need housing in 2018.

One JBC analyst reported to the committee on Tuesday saying, if the committee cannot reach a decision on the Huerfano facility, additional state funds will need to be released to hold additional prisoners in county jails.

Colorado State Senator Larry Crowder (R-Alamosa) has lobbied hard for the Huerfano facility to be reopened through a lease with its private operator, opening 250 beds for state prisoners. Crowder attended the Tuesday session although he is not a member of the JBC. He told committee members they need to face the fact that Colorado’s inmate population is growing.

He remained steadfast in the opinion if the Huerfano facility were reopened, and the state can make necessary retrofits to the Colorado State Penitentiary II, which would make it certified to operate, the 250 beds in Huerfano and the 850 at CSP II would be adequate to handle any inmate population growth this year.

The chair of the bipartisan JBC, Democrat state representative Millie Hamner said, following the Tuesday session, she was struggling with the issue. “I don’t think we are in any agreement on inmate population and how many prisoners we will have to place.”

Many people in the state have wondered about the DOC’s estimate of an increase of over 1,000 prisoners this year, and Republican State Senator Kent Lambert of El Paso County is among them. He said in session Tuesday he was not willing to go ahead with a decision on the Huerfano facility until JBC support staff can provide additional DOC information concerning their estimates of increased inmate population.

Crowder disagreed, indicating there are not any competing inmate projects in Colorado at this time and the corrections department’s estimates citing an increase in prison population by 1,100 is reliable. Crowder also said inaction by the JBC is putting a burden on Colorado county sheriffs, whose jails are seeing overcrowding statewide. “That still doesn’t approach what our county jails are holding,” Crowder said Tuesday, “Pueblo County Jail is busting at the seams.”

Huerfano County Sheriff Bruce Newman told the World Journal Wednesday the county jail here is designed to hold 32 inmates and the population has been running at 40 to 42 inmates consistently.

The issue of overcrowding at county jails concerns those inmates whose cases have been adjudicated with the defendant found guilty and sentenced to state prison. In many areas those inmates remain housed in the county jail awaiting space in a state department of corrections facility.

Sheriff Newman said the state has been really good at accommodating local inmates sentenced to state prisons. He said those sentenced here are usually able to be housed in a state facility anywhere between seven and ten days after sentencing.

Referring to information already provided to the JBC by committee staff members on overcrowding, Crowder said, “The numbers are right there and this is a matter of public safety from my perspective.”

How to cook a turkey

How to cook a turkey 2

Well dang. We have COVID.

Staff report WALSENBURG– Perhaps as COVID-19 sweeps through the county it was inevitable it would reach the newspaper too. Brian Orr, the co-publisher and art

by Mark Craddock LA VETA — The La Veta Town Board held a public hearing Nov. 10 on its 2021 budget, which calls for roughly

For legal notices, please go to www.publicnoticecolorado.com
From there you can search by city, county, publication, etc.

Please direct all payment and billing questions to beckie.worldjournal@gmail.com or call 303-419-0694