Is Anmerica giving up on Freedom? part 2

For 232 years, America has stood for freedom above all other principles. Freedom is the foundation of our democracy.  In part 1 of this article, we looked at proposals to limit choices in agriculture, health care, and in home life.  Part 2 will look at the loss of freedoms in other areas.

Our nation’s businesses are facing government mandates on how they run their businesses.  The freedoms of the companies that supply goods, services, jobs, and prosperity are steadily being chipped away by those who think that trial lawyers are our friends and businessmen are our enemies.

The freedoms of parents to raise their children in their own way are being more and more restricted, and their freedom to determine where and how their children are educated is being diminished.  Also included in these freedoms that deal with children is the freedom to not be murdered before you are born.

The freedom to engage in Christian religious practices is being diminished to satisfy the sensitivities of pagans, atheists, and Islamists.  Some want an end to the words "under God" in the pledge of allegiance.  Some want to prevent school prayer and Christian clubs on college campuses.  There are even calls to take the words "In God we trust" off our coins.  And, unbelievably, secularists want to end public references to Christianity during the Christmas holidays (a holiday that wouldn’t exist if it wasn’t for the birth of Christ).

Associated with the loss of these freedoms is the diminution of the freedom to maintain high moral standards in our society – standards being eroded by the ACLU and others who protect and defend producers of obscene popular music, music videos, explicit motion pictures, and child pornography.  They also defend sex offenders, aberrant sexual behavior, and they work for the elimination of the Defense of Marriage Act.

Another most important freedom is the freedom of speech. The nanny-staters would love to stifle the freedoms enjoyed by more than 20 million Americans who listen to and appreciate talk radio.

Another freedom that is in jeopardy is the freedom of American citizens to protect ourselves against the economic and social disaster we will suffer if America doesn’t stem the flood of illegal aliens.

What is happening today in America is not consistent with the way things were done when patriotic citizens built the United States of America into the greatest civilization the world has ever known, and it is certainly not "the cowboy way" of doing things.  Those who love the liberty and freedoms of the cowboy lifestyle should be alarmed and increasingly attentive.

What can we do about it?  We can, this coming November, get out in force and elect to public office those strong and intelligent individuals who believe in freedom over big-brother-style government. 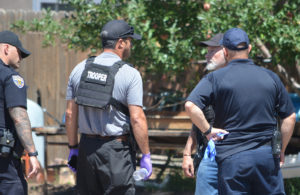 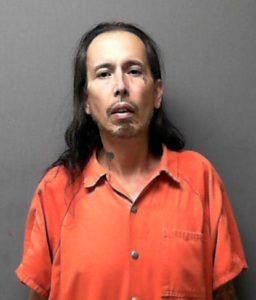