Las Animas County Commissioners have much to discuss

by Bill Knowles
TRINIDAD — Local veterans can now begin the celebration.  After eight years of struggle, they now have possession of Fort Wooton, a WPA era native stone complex across Chestnut Street from the Las Animas County Courthouse in Trinidad.  They had to wait for the old jail at the courthouse to be refurbished, certified, and taken over by the Department of Human Services  (DHS) before they could take possession.
The DHS had previously occupied Fort Wooton those eight-years.  DHS began moving into the refurbished jail at the end of April and the first week in May.  Once out of Fort Wooton, the veterans began pressuring the Las Animas County Commission to allow them to move in.
Currently the veterans don’t have the funding to pay for any utilities or maintenance of Fort Wooton, but possession is enough for them.  They will be able to raise funding to match grants during their fundraising activities, which begin in earnest now.
At the county commission meeting, the commissioners approved a Memorandum of Understanding that will go into effect in June 30.  That is when the veterans will be able to take over the building and begin serving the veteran community in Las Animas County.
With the MOU, the veterans will receive a Quit Deed for the building.  The MOU was approved by the commissioners with a 3-0 vote.
Colorado State Representative Kimmie Lewis gave a legislative update to the Las Animas County Commissioners, highlighting some of the bills that were passed in the 2018 Colorado legislative session.
She began the presentation stating that more funding was going into education.  “Even though the educational negative factor was down this year, it is up to the school districts to pay their teachers, not the state.”
Lewis also looked at paragraph six of section two in the bill.  That paragraph states that the department of parks and wildlife will identify “and begin to plan the development of a new Colorado state park and investing in other initiatives to increase park visitation, maintain excellent customer service, and generate revenue.”
She then began addressing the process of how areas of the state are identified to become future state parks, a process she and at least one county commissioner view as detrimental to the overall fiscal health to Las Animas County, which would see a loss in revenue if another state park were located in the county.
Citing CRS § 32-1-307, a statute that places limitations on agricultural land that can be declared a park states, “…no tract of land of forty acres or more used primarily and zoned for agricultural uses shall be included in any park and recreation district or in any metropolitan district providing parks or recreational facilities and programs… without the written consent of the owners thereof.”  That is unless the owners have signed an agreement, as is the case with conservation easements that prohibit development.
This pulls property off of the tax rolls of the county, and in less affluent counties such as Las Animas, which has just stabilized its finances with a sales tax approved by the voters, the establishment of a state park in its area could cause fiscal harm.  Already 660,000 acres in Las Animas County belong to the governments both federal and state.
In other business, the commission with a 3-0 vote approved the purchase of 7,200 gallons of diesel fuel for the fairgrounds.  La Junta won the bid at $2.47 for the fuel, with the county paying $17,784 for the contract.
They also approved on a 3-0 vote, the $31,000 needed for the 2017 audit of the counties books by Dixon and Waller.
The county moved the meeting into executive session at 11:30. 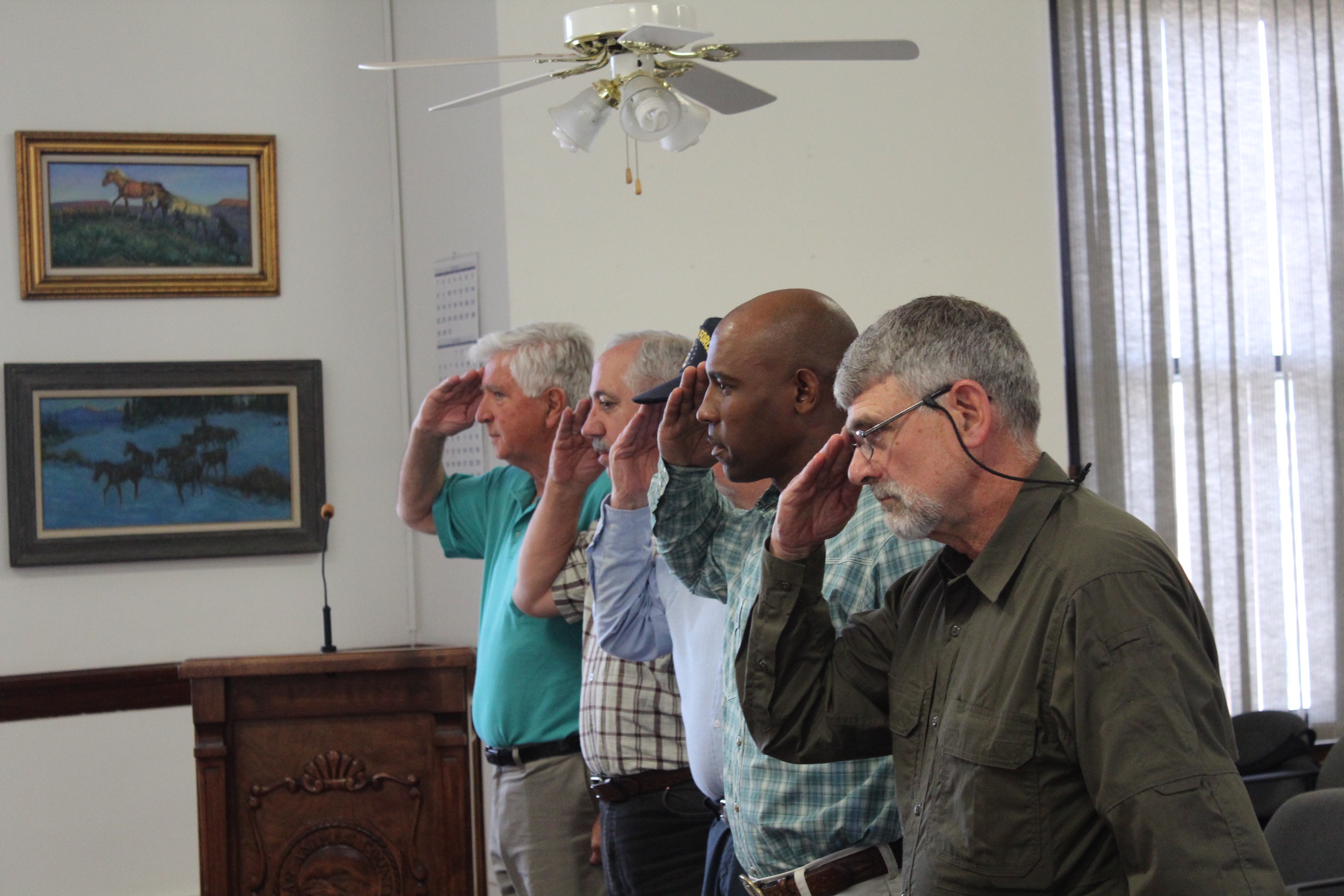