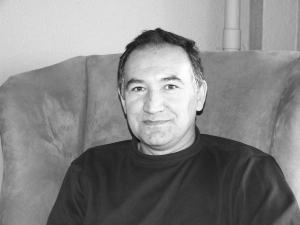 WALSENBURG — Ralph Candelario made his first court appearance here on Friday, Oct. 31 and was advised of the charges against him, first degree murder and tampering with physical evidence, in connection with the death of his wife, Pamela, in January 2014.

The advisement hearing was held in district court with Judge Claude Appel presiding. Candelario appeared in custody of the Huerfano County Sheriff’s Office and is being represented by Dariel Weaver and Patrick McCarville of the State Public Defender’s Office.

The people are being represented by Ryan Brackley, First Assistant District Attorney in the First Judicial District of Colorado (Boulder), and by Matthew Durkin, Colorado Deputy Attorney General.

Both men have been sworn in as special prosecutors by Third Judicial District Attorney Frank Ruybalid. Ruybalid did not appear in court for the Friday morning hearing.

Judge Appel advised the defendant of rights and the charges against him. “This is a Capital case and may carry life imprisonment or the death penalty,” Appel said.

Prosecutors haven’t made any statements regarding whether or not the death penalty would be sought in this case.

Weaver had filed a number of defense motions, including one regarding security and transportation of the defendant between the jail and the county courthouse, testing of evidence , and media coverage. Appel explained the age of the courthouse itself and said security and transportation would continue to be handled by the sheriff’s office. Brackley said there is still some evidence testing that will be done and all of the rules of evidence discovery would be followed and no consumptive testing of evidence would be done without notifying the defense so they or their experts could be on hand when, and if, any such procedure is done. Judge Appel said he would take the prosecutor at his word.

Weaver told the court she was surprised to find her client sitting with two law enforcement investigators in a room in the courthouse prior to the hearing. “I want to make it very, very clear he will not be speaking to any law enforcement official unless through our office,” she said.

Brackley also assured the court he would speak to both local and state law enforcement officials regarding them making any extrajudicial comments to reporters.

Candelario is being held without bond.

New RE-1 school will be ‘Walsenburg Jr./Sr. High’

Is there a John Mall Boulevard in the city’s future? by Mark Craddock WALSENBURG — It’s official. The name of Walsenburg’s new junior-senior high school

staff report WALSENBURG — On the south end of Main St., in a quaint and unassuming building, lies Huerfano County’s only food and clothing pantry.